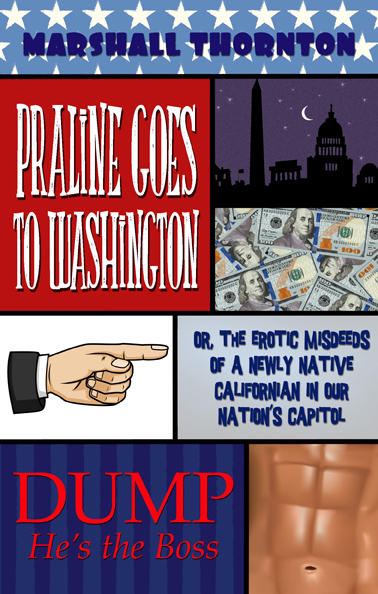 In the long-awaited sequel to The Perils of Praline, TV reality star Helmut Dump is unexpectedly and illogically elected to the presidency causing an epidemic of politically induced impotence. When Praline’s boyfriend Jason falls victim to the malicious malady, our hero must find a way to cure it. Meanwhile, Jason’s mother, actress Yolanda Grimes, has been invited to perform at Dump’s Inauguration. After she asks Jason and Praline to attend with her, Praline sees the opportunity he’s been looking for—all he needs to do is get to the new president and convince him to start being nice to people and stop scaring them. Along the way, Praline encounters a collection of bizarre and sometimes sexy characters, some old and some new. Will Praline meet the new president and convince him to turn over a new leaf, or will he find another way to rescue his sex life?